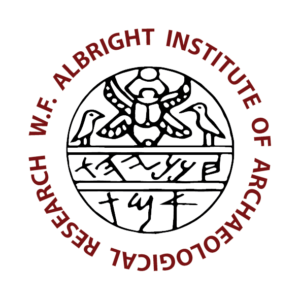 National Endowment for the Humanities Fellows:
Benjamin Dolinka, Israel Antiquities Authority, “International Trade and Local Production: The Archaeology and Socio-Economic History of the Middle Islamic Pottery from Jerusalem and Its Rural Hinterland (ca. 1100–1650)”

George A. Barton Fellow:
Megan Boomer, University of Pennsylvania, “Landscapes of Salvation: Architecture and Memory in the Latin Kingdom of Jerusalem”

Marcia and Oded Borowski Research Fellow:
Irene Romano, University of Arizona, “The Marble Head of ‘Alexander the Great’ in the Context of Hellenistic and Roman Beth Shean and Modern Israel”

Noble Group Fellows:
Sun Yue, Shandong University, “Recitation of the Past in the Hebrew Bible and Chinese Historical Works: A Crosstextual Reading of the Book of Kings and The Grand Scribe’s Records”

Isam Awwad is currently the team leader for the Great Mosque Restoration Project in Sana’a, Yemen (though on hold due to the current situation there), with the Cultural Heritage Unit of the Social Fund for Development. From 1977-2005 he was the Resident Architect of al-Aqsa Mosque and Dome of the Rock.

Miryam Brand, Independent Researcher: “Communal Identity in the Second Temple Period: Sin, Consequences, and the ‘Other’”

Baruch Brandl, Independent Researcher: “An Analysis of Egyptian Artifacts from Tel Miqne-Ekron”; “Pre-Hellenistic Glyptic  from Tel Kedesh”; “The Scarabs from the Renewed Excavations at Tel Gezer”; “Tell el-Wawiyat Scarabs”; “The Glyptic from Iron Age I Ashkelon”

Eliot Braun, Independent Researcher: “Enhancing Knowledge of the Late Chalcolithic through Early Bronze Age Cultures of the Southern Levant through Explication and Interpretation of the Revealed Archaeological Record”

Jeffrey Chadwick, Brigham Young University: “New Discoveries in Ancient Metrics: The 54 CM Canaanite Cubit During the Bronze and Iron Ages in the Land of Israel”

Jeffrey Chadwick is Jerusalem Center Professor of Archaeology and Near Eastern Studies, and Religious Education Professor of Church History and Jewish Studies.

Katia Cytryn-Silverman specializes in Islamic archaeology, and is a lecturer at both the Institute of Archaeology and the Department of Islamic and Middle Eastern Studies at the Hebrew University. Since 2009 she has directed the New Tiberias Excavation Project at the Sea of Galilee.

Robert W. Daniel is a specialist in Classical Philology at the University of Cologne. He was the Curator of the Papyrus Collection at the Institute of Archaeology at the University of Cologne from 2000-2015, and has received a research grant from the German Research Foundation (DFG) for the Magica Levantina project, with the aim of creating an edition of a corpus of Greek magical texts inscribed on lead.

Gerald Finkielsztejn, Israel Antiquities Authority: “The Amphora Stamps Imported in Hellenistic Samaria, as a Case Study of Supply as an Evidence for History”

Gerald Finkielsztejn is a Senior Archaeologist for Excavations and Research with the Israel Antiquities Authority.

Norma Franklin is co-director of The Jezreel Expedition with Jennie Ebeling, sponsored by the Zinman Institute of Archaeology at Haifa University and University of Evansville.

Shimon Gibson, University of the Holy Land and University of North Carolina at Charlotte: “Archaeology and Nineteenth Century Photography in the Middle East”

Garth Gilmour, CMJ-Israel, University of Oxford:  “Final Report of the Palestine Exploration Fund Excavations in the City of David, Jerusalem, from 1923 to 1925”

Garth Gilmour is the Director of CMJ-Israel and a Research Associate in the Department of Archaeology at the University of Oxford.

Ann E. Killebrew is an Associate Professor of Classics and Ancient Mediterranean Studies, Jewish Studies, and Anthropology at The Pennsylvania State University. Since 2010 she has co-directed the Tel Akko Total Archaeology Project.

Laura B. Mazow is an Associate Professor in the Department of Anthropology at East Carolina University.

Nava Panitz-Cohen, Hebrew University of Jerusalem: “The Study and Publication of the Iron Age IIA Ceramic Assemblage from Tel Rehov”

Nava Panitz-Cohen co-directs the Tel Abel Beth Maacah excavations with Robert Mullins. She is editor of the Qedem Monograph Series of the Institute of Archaeology at Hebrew University.

Stephen Pfann, University of the Holy Land: “Frontiers in Deciphering and Dating Ancient Manuscripts and Inscriptions”

Benjamin Saidel, East Carolina University: “Putting Down Roots: An Ethnoarchaeological and Ethnohistoric Study of Bedouin Sedentarization in the Environs of Tel el-Hesil”

Yuri Stoyanov, University of Belgrade; University of London: “Medieval Christian and Islamic Heterodoxies in the Levant: Syncretistic Aspects of their Archaeological and Manuscript Legacy”

Hamdan M. Taha is a cultural heritage expert, and in 2014 retired from his post as Deputy Minister in the Palestinian Authority’s Ministry of Tourism and Antiquities (MOTA).

Rafael Lewis, University of Haifa: “Continuity and Change in the Fortifications on Mount Zion, Jerusalem”

Malka Hershkovitz, Hebrew University of Jerusalem: “A Corpus of Hellenistic–Roman Glyptics in Eretz-Israel”

Shulamit Miller, Hebrew University of Jerusalem: “Luxury, Prestige and Grandeur: the Mansions and Daily Life of the Social Elite of Judaea-Palestine during the 1st-6th c. C.E.”

Claire Pfann, University of the Holy Land: “Too Many Marys: Unravelling the Knot of Tangled Identities in the Gospels”