Statement Regarding the Executive Order

we write to voice our opposition to the US Executive Order, “Protecting the Nation From Foreign Terrorist Entry Into the United States,” issued on January 27, 2017. 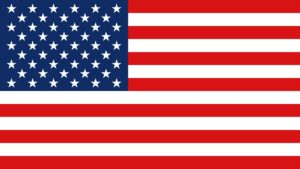 We, the undersigned, represent learned societies whose members include archaeologists, anthropologists, historians, linguists, and cultural heritage specialists, as well as public members whose professional expertise lies in other domains. On behalf of these societies and our members, we write to voice our opposition to the US Executive Order, “Protecting the Nation From Foreign Terrorist Entry Into the United States,” issued on January 27, 2017. This Executive Order, among other things, suspends the entry of immigrant and nonimmigrant citizens of Iran, Iraq, Libya, Somalia, Sudan, Syria, and Yemen into the United States for at least ninety days. The Executive Order also indicates that additional countries may be recommended for similar treatment.

Many of our organizations count among their members individuals who come from countries affected by, or potentially affected by, this Executive Order. Our members across the globe, moreover, have innumerable friends and colleagues in these countries. Our societies want only the warmest and most heartfelt hospitality to be extended to these friends and colleagues when they come to the United States, just as our organizations’ US members, and members elsewhere, have been extended warm and heartfelt hospitality in their time in the countries in question.

We are thus profoundly concerned by policies that might undermine our friendships and collegial relationships. Indeed, and to the contrary, we emphatically and unreservedly affirm that among our core values is the conviction that personal and cultural engagement and exchanges among all of our organizations’ members and affiliates — including members, colleagues, and friends in the United States and members, colleagues, and friends in the countries affected by the Executive Order — are of inestimable benefit in promoting peaceful relations in our often troubled world.

Moreover, we affirm our unwavering conviction that the worldwide community of archaeologists, anthropologists, historians, linguists, and cultural heritage specialists who work together in countries such as Iran, Iraq, Libya, Somalia, Sudan, Syria, and Yemen are among those global ambassadors best able to promote understanding, mutual respect, and relationships of true well-being among our many nations.

In short, we assert that security and safety for all concerned can flow from the alliances and goodwill that our members and affiliates have cultivated in our many years of working together as friends and colleagues throughout the world. We seek policies that, instead of setting the United States at odds with whole citizenries in the Middle East and Africa, will foster among these nations the partnerships and collaborations that we hold so dear, and we thus add our voices to the many others urging the US government to articulate policies consistent with these values.